high temperature Replica Watches UK baked paint, until now also applied to most of the movement table, this surface is the characteristics of the disk edge, the window position and the middle of the hole position of the hole has a sense of melting down, the formation of A slow slope, as if the molten liquid with its own gravity down, Replica Watches down, dry after the formation of the same effect, this Replica Roex Watches surface is generally very resistant to corrosion and very moisture-resistant, not easy to change color, to maintain a long time Bright colors.However, Replica Handbags uk these years in addition to the black side, but also rarely produced such a color face plate. Even if there are some color dial watch, the use is not the same process, to achieve this is not the effect. But also because of this, this type of Replica Handbags in the secondary market is very popular.
Premier division Final 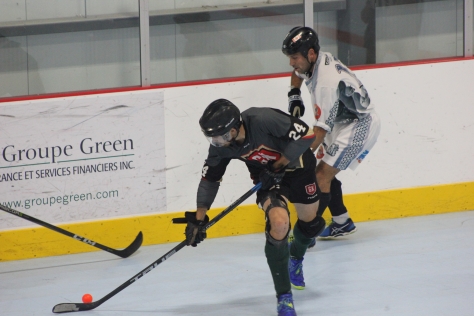 There was no doubt that every GK player said they would be better in this game. And although nothing is ever for certain, it may as well have been an iron clad guarantee that this series had more miles to it. There is far too much talent and experience not to believe that the GK's big guns, who were somewhat dormant in game 1, wouldn't start firing in this must win contest. Clearly they were much better, and it started to show as of the second frame where they ran up the score on four unanswered goals. K.Kuczmarski, B.Jutras and M.David showed up to play as all three players each scored twice. For the GK, the offensive explosion was to be expected. It's one thing to keep them at bay for one game but extremely difficult for two in a row. The Black Knights understood this and perhaps weren't prepared enough to close out the series. Both teams will have a few days to rest up and prepare for their biggest match of the year. After taking game two rather easily, the GK feel confident about their chances heading into game three. The question becomes how can the Black Knights overcome a reality check? Knowing that they took game one of this series, T.Iannitto will have to go back to basics and inspire his troops that anything is still possible.

The SalumiVino player of the night goes to Matthew David of the GK. In what was a must win game, M.David led the way up front accumulating four points that included two assists at pivotal points during the match.