high temperature Replica Watches UK baked paint, until now also applied to most of the movement table, this surface is the characteristics of the disk edge, the window position and the middle of the hole position of the hole has a sense of melting down, the formation of A slow slope, as if the molten liquid with its own gravity down, Replica Watches down, dry after the formation of the same effect, this Replica Roex Watches surface is generally very resistant to corrosion and very moisture-resistant, not easy to change color, to maintain a long time Bright colors.However, Replica Handbags uk these years in addition to the black side, but also rarely produced such a color face plate. Even if there are some color dial watch, the use is not the same process, to achieve this is not the effect. But also because of this, this type of Replica Handbags in the secondary market is very popular.
C Division 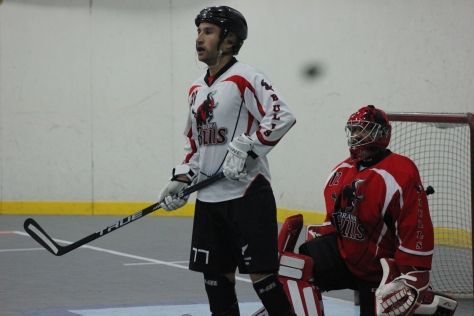 J.Mandracchia seems to have a flair for the big moments. It's not like the Bramabulls need to depend on him game in game out with an already deep line up. Surely, they won't be complaining as it's now expected of him knowing that he can't be stopped. Once again,J.Mandracchia completed another third period hat trick scoring two out of his three goals in the final frame. The Toyota Candiac entered the match with way more urgency as their playoff hopes are on the line. Unfortunately, they just didn't have answers on how to slow down the Bramabulls offense while going scoreless for two full periods. G.Follano was tested throughout most of the night but stood his ground when it mattered the most enabling the Bramabulls to play with the lead.

By keeping it simple, the Legends did what they needed to do in order to defeat the SBS Trashers on Thursday night. It helps when your net minder has a strong game while one of your leaders provides key goals. E.Gabrielli set the tone by going to the net where he connected twice to get the better of R.Pampena. The Legends felt good about their overall game even though the lead was narrow. Eventually, the SBS Trashers got on board when M.Menassa used a tricky back hand shot to beat C.Fortin short side. Still, the Legends weren't panicking and regained their two goal cushion courtesy of A.Zarzour. That lead proved to be more than sufficient as they bleed the clock to their advantage.

Goaltending was the story as neither side ever got to them until a very late play. Prior to M.DoCouto's desperate shot late in the game, M.Chamoun kept making endless saves to keep the game scoreless for the Fitforce Phoenix. The same is too said for F.Baratta, who denied all 22 shots in order to collect a shutout. Teams understand that you never know what can happen when you shoot on net. M.DoCouto didn't have much of an option and did what any other player would do when time is winding down. By simply putting it on net, the ball had eyes as it traveled three quarters of the court to find its way behind Chamoun. Sometimes it takes a fluky goal to decide things and Legacy will take it having only two change ups to their bench. That was the one area the Fitforce Phoenix hoped to have taken advantage of. In the end, Legacy played it smart while patiently waiting for their opportunity.

The SalumiVino player of the night goes to Frank Baratta of Legacy. The net minder turned away plenty of scoring chances and stymied the Fitforce Phoenix to pick up a shutout.