high temperature Replica Watches UK baked paint, until now also applied to most of the movement table, this surface is the characteristics of the disk edge, the window position and the middle of the hole position of the hole has a sense of melting down, the formation of A slow slope, as if the molten liquid with its own gravity down, Replica Watches down, dry after the formation of the same effect, this Replica Roex Watches surface is generally very resistant to corrosion and very moisture-resistant, not easy to change color, to maintain a long time Bright colors.However, Replica Handbags uk these years in addition to the black side, but also rarely produced such a color face plate. Even if there are some color dial watch, the use is not the same process, to achieve this is not the effect. But also because of this, this type of Replica Handbags in the secondary market is very popular.
Wednesday Thursday division 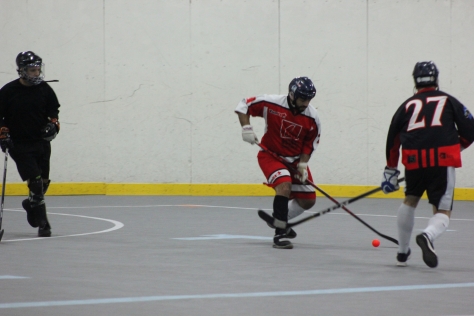 The Assadi Consulting inc were able to pick up crucial points against a team also fighting to get into the playoffs. For a while, it looked as though the Left Wings would have gained ground when D.Provost-Jarry opened the scoring just passed the two minute mark of the third period. Still without a goal-from that point on, the Assadi Consulting inc got their opportunity when awarded a power play. P.Doulis was able to take advantage, and all of a sudden this contest was again evened up. Even though the 1-1 score didn’t guarantee anything for the Assadi Consulting inc, it did force the Left Wings to be a little more courageous in trying to get the extra points. Neither side would budge in regulation which needed a five minute overtime to settle things. Unfortunately for the Left Wings, they blew their chance at collecting key points when Y.Gazura ended the game. The Left Wings are now stuck watching-from the sidelines in hopes that the Armadillos defeat the Panthers if they were to have a chance at getting in.

B.Sansotta scored two goals and a pair of assists in Wednesdays 5-1 win over the RCGT Knights. He was able to figure in four out of the five Brew Crew’s goals with two of his helpers coming on the power play. For a long while, the game remained very close, and really took only one direction when R.Mancini scored early in the third period for a 4-1 lead. There was almost no way the Brew Crew would falter that kind of margin despite plenty of time left over. The RCGT Knights got their lone tally by R.Kilgour, who figured out C.Muccino early in the second period. This result puts the Brew Crew tied in first place with the Horsemen for the time being. If the Fatal Demons manage to defeat the Horsemen Thursday night in regulation, all three teams will share 15 points each.

The Panthers didn’t get exactly what they wanted on Thursday night, but they remain fortunate enough in controlling their own destiny. Its never easy playing catch up, but the Panthers actually do a good job at fighting back when they are down. The problem is that they cant afford to be put in that spot. Tonight they trailed 3-1 after two periods only to fall short when C.Stamadianos put the Punishers in front late in the game. That was his second goal and third point of the night. The Panthers will look back at a key moment when they gave up a shorthanded goal that put the Punishers up 2-1. M.Blackman knows it’s a disappointing loss for his side, but will remain optimistic as he has a couple of scenarios that could favour his club in order to get in.

The SalumVino player of the night goes to Chris Stamadianos of the Punishers. Two of his three points were timely. His first goal came shorthanded to snap a 1-1 tie, and his second came late in the game to secure a close 5-4 win for his club.