high temperature Replica Watches UK baked paint, until now also applied to most of the movement table, this surface is the characteristics of the disk edge, the window position and the middle of the hole position of the hole has a sense of melting down, the formation of A slow slope, as if the molten liquid with its own gravity down, Replica Watches down, dry after the formation of the same effect, this Replica Roex Watches surface is generally very resistant to corrosion and very moisture-resistant, not easy to change color, to maintain a long time Bright colors.However, Replica Handbags uk these years in addition to the black side, but also rarely produced such a color face plate. Even if there are some color dial watch, the use is not the same process, to achieve this is not the effect. But also because of this, this type of Replica Handbags in the secondary market is very popular.
D Division 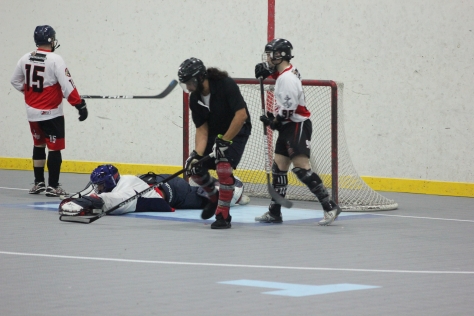 (7)Smooth Sailors vs Job on Demand(5)

The Smooth Sailors awoke-from their slow start after 15 minutes of play and wound up making a drastic push for the remainder of the match. They knew that they just had to stick with it. A huge part of the jump start can be attributed to S.Liparota, who strung back to back goals before adding his third later in the game. Still, nothing was decided after two periods with both sides stuck in a dead heat 4-4 tie. But with the Smooth Sailors continuing to press, it was just a matter of time before they would pull away. Eventually matters would get decided in the final frame where Liparota completed his hat trick right before his captain J.Palmitano was able to cap it off with the games winning goal.

S.Ruggiero pushes it to the limit on three third period goals for Fatal Demons

Rarely do you see this often, but S.Ruggiero was able to defy some incredible odd on Thursday night. All three of his goals came within a very short span. The Fatal Demons entered the final frame trailing 5-4 up until Ruggiero broke apart what was a tight game at that point. The only positive for the SBS Trashers was that they had more than enough time to bounce back. Surely, it didn't help when they found themselves shorthanded at a crucial point during the frame. And rather than the Fatal Demons putting it away, F.Gentile kept the hope alive netting a huge shorthanded goal. Then, with only two minutes remaining, A.Plescia salvaged the night with the equaliser for the SBS Trashers leaving only two minutes on the clock. Surprisingly enough, neither side was able to get it done in an open spaced overtime period after trading seven goals apiece. Not even the shootout would determine a winner as both sides settled for a draw. Apart-from S.Ruggiero netting a hat trick, A.Jalilvand did the same for the Fatal Demons while scoring his team's lone shootout marker. The SBS Trashers saw G.DeMarinis and F.Gentile nod a pair while Joe Scalia responded late in the shootout to keep the game levelled.

The SalumiVino player of the night goes to Steve Ruggiero of the Fatal Demons. The sniper took less than four minutes into the third period to riffle three straight goals.