high temperature Replica Watches UK baked paint, until now also applied to most of the movement table, this surface is the characteristics of the disk edge, the window position and the middle of the hole position of the hole has a sense of melting down, the formation of A slow slope, as if the molten liquid with its own gravity down, Replica Watches down, dry after the formation of the same effect, this Replica Roex Watches surface is generally very resistant to corrosion and very moisture-resistant, not easy to change color, to maintain a long time Bright colors.However, Replica Handbags uk these years in addition to the black side, but also rarely produced such a color face plate. Even if there are some color dial watch, the use is not the same process, to achieve this is not the effect. But also because of this, this type of Replica Handbags in the secondary market is very popular.
Venom winners of division 1 4vs4 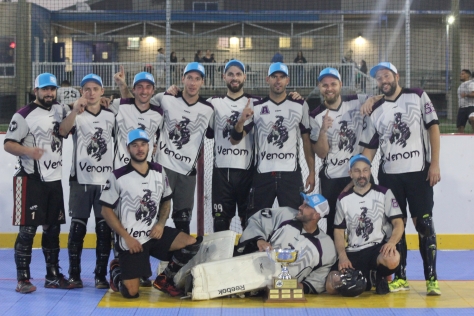 Venom defeated the Punishers 4-1 & 3-1 to capture the 4vs4champiosnship on Monday night. Both victories required a maximum effort unlike the way they won many of their games during the regular season. The Punishers were the only team to really challenge Venom and it showed once again tonight. Playing with a lead always helps, and Venon was able to play ahead throughout the entire series. J.Courteau set the tone early in the first encounter while Y.Gazuri netted the winner thanks to J.DeSua's feed, who capped off a three point performance. The second match was just as close up until the early stages of the second frame where F.Labrecque collected his third assist to widen the gap by three. The Punishers did eventually capitalise on the power play courtesy of P.Arkalis but that was as close as it got. On a few occasions, the Punishers had plenty of chances to even the score. If not for M.Trivisonno bailing his club out, this series could have taken a different turn. The net minder couldn't have performed better than he did on this particular night. From- goaltender out, Venom had the balance and skill set to achieve their goal.On behalf of Hockeyballe.com, congratulations go out to Mike Trivisonno and Venom for taking the 4vs4 first division title.

The SalumiVino player of the night goes to Mike Trivissonno of Venom. In a series that was quite close, M.Trivissonno made many necessary saves in order to help preserve the lead in both games for his club.