high temperature Replica Watches UK baked paint, until now also applied to most of the movement table, this surface is the characteristics of the disk edge, the window position and the middle of the hole position of the hole has a sense of melting down, the formation of A slow slope, as if the molten liquid with its own gravity down, Replica Watches down, dry after the formation of the same effect, this Replica Roex Watches surface is generally very resistant to corrosion and very moisture-resistant, not easy to change color, to maintain a long time Bright colors.However, Replica Handbags uk these years in addition to the black side, but also rarely produced such a color face plate. Even if there are some color dial watch, the use is not the same process, to achieve this is not the effect. But also because of this, this type of Replica Handbags in the secondary market is very popular.
Bramabulls winners of F Wednesday division 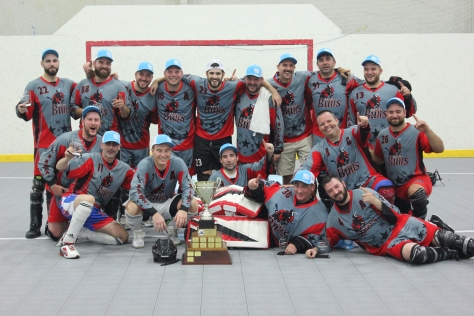 Bramabulls use a good start as priority

The final round of the playoffs got underway on Wednesday night with the Bramabulls and the Knights opening up their series. It was the favoured Bramabulls who took game 1 with the help of four straight markers. After setting up S.Liparota to get the ball rolling, J.Palmitano doubled the lead just prior to the first period ending. The Knights, despite falling behind were still in it, but knew their chances started to diminish when Liparota struck for a second time. There was almost no way that the Bramabulls would falter a three goal margin. The Knights did grab one positive in this encounter, and that was to get the final say courtesy of late power play goal-from M.Kardum. Until that point, G.Follano was rock solid needing only four minutes to earn a shutout.

Unlike their series against Carnage, the Bramabulls weren't messing around versus the Knights. This time, they made sure to grab a good start, and in doing so gave no chance for the Knights to respond. It was evident from- the drop of the ball that the Bramabulls meant business. M.Maggiore used two first period goals to start what was a foreshadowing of more to come. Even though both sides may have felt where all this was headed, B.Sansotta's goal surely confirmed the eventuality of this final. The Bramabulls carried a 4-0 lead heading into the final frame where they kept pressing by adding three more tallies. The one area that the Knights were hoping for to giving themselves any sort of chance lied in the idea of playing with the lead. Unfortunately, they just ran into a very determined Bramabulls club, who didn't take their opponent for granted. On behalf of Hockeyballe.com, congratulations go out to Anthony DiPerna and the Bramabulls for capturing the F Wednesday division championship.

The SalumiVino player of the night goes to Gerardo Follano of the Bramabulls. In two games, G.Follano was as close as perfect can get. The net minder confidently led his team to a championship by allowing only one goal all night.