high temperature Replica Watches UK baked paint, until now also applied to most of the movement table, this surface is the characteristics of the disk edge, the window position and the middle of the hole position of the hole has a sense of melting down, the formation of A slow slope, as if the molten liquid with its own gravity down, Replica Watches down, dry after the formation of the same effect, this Replica Roex Watches surface is generally very resistant to corrosion and very moisture-resistant, not easy to change color, to maintain a long time Bright colors.However, Replica Handbags uk these years in addition to the black side, but also rarely produced such a color face plate. Even if there are some color dial watch, the use is not the same process, to achieve this is not the effect. But also because of this, this type of Replica Handbags in the secondary market is very popular.
1 Timer winners of 4vs4 second division 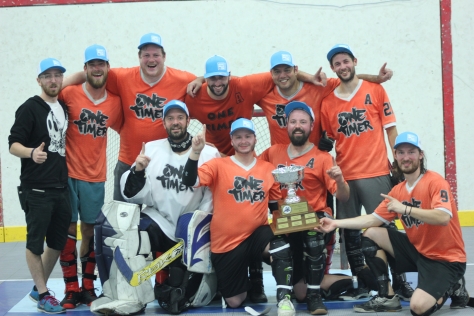 1 Timer puts an end to a great run, winners of 4vs4 second division

With a pair of very close victories against the Excalibur on Monday night, the 1 Timer laid claim to the 4vs4 second division title. The 1 Timer expected nothing more than to getting it done, especially after playing with each other for quite a few years. The team has a good mix of offensive and defensive players backed by a strong goaltender in F.Koch. A big priority was to have a full bench, something that they were able to floor all season long. Both games were extremely close ultimately decided by only one goal if not counting two empty net markers in the second game. M.Carpentier riffled a couple in the first encounter including the winner while J.Guye-Perrault followed up in the ensuing match with an identical performance. Another key area for the two victories was due to taking the lead. The Excalibur never had the luxury of forcing their opponent to open up, instead, they were the ones having to chase the game. Y.St-Georges provided plenty of offense netting three out of his clubs four goals in the losses. After having a great regular season and playoff run, the 1 Timer couldn't have asked for a better and more deserving finish. Congratulations go out to Joel Guye-Perrault and the rest of his teammates for getting it done.

The SalumiVino player of the night goes to Joel Guye-Perrault of the 1 Timer. His five points in two games made a major impact for his clubs overall production in the most important night of the year.