high temperature Replica Watches UK baked paint, until now also applied to most of the movement table, this surface is the characteristics of the disk edge, the window position and the middle of the hole position of the hole has a sense of melting down, the formation of A slow slope, as if the molten liquid with its own gravity down, Replica Watches down, dry after the formation of the same effect, this Replica Roex Watches surface is generally very resistant to corrosion and very moisture-resistant, not easy to change color, to maintain a long time Bright colors.However, Replica Handbags uk these years in addition to the black side, but also rarely produced such a color face plate. Even if there are some color dial watch, the use is not the same process, to achieve this is not the effect. But also because of this, this type of Replica Handbags in the secondary market is very popular.
D Division Semi finals 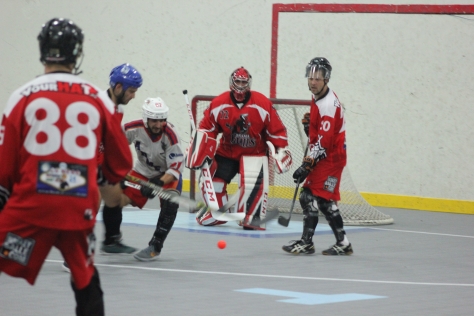 Job on Demands forward E Salhany has always been known for his slick hands and his awesome moves when left alone in front of any net minder. In an important game 1 versus the Smooth Sailors, Salhany did not disappoint. Smooth Sailors goalie Gravano didn't have much of chance on a play that he didn't expect. The Smooth Sailors trailed for much of the third period but were able to even the contest when M.Testolina ripped a bullet passed P.Assadi. Both sides were almost convinced a shootout was going to determine the outcome. Unfortunately for the Smooth Sailors, a late blunder forced them to try and take the next two games.

It's that time of year and Legacy really ramped up their game to take a commanding 1-0 series lead. Although the score suggests an easy out, most of the damage did occur in the third period. J.Rochon scored twice during that span as part of a four goal surge. The United Armenians hoped for a better start rather than falling behind after only a minute and change into the game. For nearly two full periods, the game was still within reach, that was up until P.Doulis widened the gap by three. The United Armenians were clearly deflated by that point which showed in a lopsided finish.

Sailors respond, blow out Job on Demand to even the series

The Smooth Sailors fired everything but the kitchen sink in the direction of P.Assadi during game two of the semi finals. At first, it appeared as though the plan would have no effect on the net minder after a 1-1 first period. Then, it all fell into play and the Smooth Sailors connected five times alone in the second period to blow the game wide open. J.Palmitano scored twice in that frame alone while M.Testolina was the engine behind the victory accumulating five points. Instead of feeling sorry for themselves, the Job on Demand collected their thoughts focusing on only what was ahead of them, an ensuing fifteen minute game or more that could decide their fate.

J.Mandracchia the hero for the Smooth Sailors as they complete dramatic comeback

From-the very beginning of this match, the Job on Demand erased a bad memory getting the start they had hoped and planned for. The contest was barely five minutes old when J.Hassan and M-A Haber tallied only moments apart. Adding to their cushion came an eventual power play chance with less than five minutes remaining. And rather than going up, or at the very least killing off time-from the clock, the worst possible scenario occurred .That's when J.Mandracchia went into supernatural mode netting a huge shorthanded marker to cut the lead in half. The equaliser resembled somewhat of his first tally as another wrist shot had eyes making its way through to the net. With the score deadlocked 2-2, both sides were stuck having to play a five minute sudden death frame. The Job on Demand was offering the least competitive version of themselves and perhaps hoping to go into the shootout considering they didn't really generate much. But the Smooth Sailors had other ideas and avoided the breakaway competition thanks to their star centreman.  After receiving a perfect pass on a patient heads up play by D.Greco, the Smooth Sailors completed their remarkable comeback-from no other than J.Mandracchia.

Legacy punch ticket to final with sweep of United Armenians

If anything describes Legacy, it's that they can get production-from just about anybody. Depth scoring is crucial at this time of year and Legacy has plenty of it running three solid lines. Proof of this is that seven different players took turns finding the back of the net. Because of P.Chiotis's confidence in his group, coaching isn't always too difficult, at least not in tonight's case. The United Armenians desperately needed a good start to the game but kept finding themselves sinking in a deeper hole giving up three first period goals. They did manage a better second frame winning it 2-1. However, that was as close as it got. It showed that Legacy had the edge in all facets of the game, even on the power play where they bagged three out of their seven goals.

The SalumiVino player of the night goes to Jonathan Mandracchia. The Smooth Sailors fell 2-0 and recovered thanks to a decisive performance by Mandracchia. The highly skilled forward scored all three goals to help lead his team to the final.

With barley any flaws to their game, Legacy is as complete of a team as it gets. Surely the Smooth Sailors have the offense to challenge their opponent but they'll need to focus more on other areas of their game. The slight advantage will be played in Legacy`s favour due to their deeper bench. Also, disciple is major factor in this series. Since both teams have the skill set to dominate a power play, staying out of the penalty box will be crucial.