high temperature Replica Watches UK baked paint, until now also applied to most of the movement table, this surface is the characteristics of the disk edge, the window position and the middle of the hole position of the hole has a sense of melting down, the formation of A slow slope, as if the molten liquid with its own gravity down, Replica Watches down, dry after the formation of the same effect, this Replica Roex Watches surface is generally very resistant to corrosion and very moisture-resistant, not easy to change color, to maintain a long time Bright colors.However, Replica Handbags uk these years in addition to the black side, but also rarely produced such a color face plate. Even if there are some color dial watch, the use is not the same process, to achieve this is not the effect. But also because of this, this type of Replica Handbags in the secondary market is very popular.
4vs4 Thursday 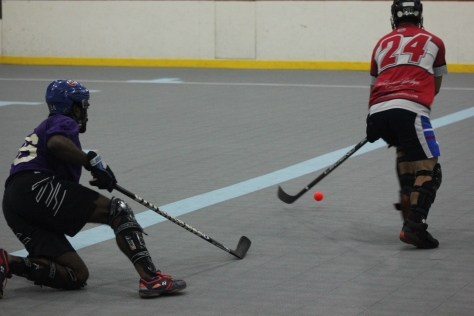 The Horsemen started brightly owning the opening frame up 2-1 but never seemed to recover-from that point on as the Brewers took over winning three straight periods. When T.Fernando is the best player on the court, the Brewers will often win. He propped up a sputtering offense by scoring once in the first match while securing the second win with all three goals. A.Lanni shuffled his lines to create a spark and the Brewers were able to deliver getting the best of a team that didn’t expect back to back losses. The Horsemen struggled to break G.Platanitis, and a committed defensive unit in front of him. If the Brewers were looked upon to step up their collective defensive game, than they did not disappoint. Overall, a solid night for the veteran side, who look promising early in the season.

Fatal Demons adjust after S.Ruggiero steals the show for the Knights

Sometimes, it takes a game to adjust and formulate the right game plan. The Fatal Demons learned there lesson heading into the second game after being beat by one single player in the goal scoring department. S.Ruggiero is clearly one of the better goal scorers out there and its almost inevitable that a specific game plan is required in order to slow him down . After netting three consecutive goals en route to a 4-2 win, the Knights were faced with a different challenge ahead of them. This time, the Fatal Demons focused more at hand to work collectively and didn’t lose sleep at the fact that Ruggiero was still a threat. They grabbed a late first period lead and widened the margin by three when N.Katsifolis and A.Zarzour tallied by the five minute mark of the final frame. The game looked to be wrapped up by then, but that notion tilted with the Knights responding on two straight markers. Luckily enough for the Fatal Demons, time wasn’t a luxury that the Knights had as they simply bled the clock.

In order to slow down the Buckshots, teams need to figure out how to corral a high octane offense. Unfortunately, there was no such luck for the Family on Thursday night, who couldn’t keep pace with their opponent. Despite grabbing the lead in both games, and despite battling as hard as they did, the Family found themselves chasing the ball rather than possessing it. The Buckshots are lethal by relying on many players rather than a specific threat or two. Out of their eight players dressed, seven were able to find the back of the net. And what makes it even more remarkable, was that the only player who didn’t score was perhaps there most natural sniper. M.Mavroudis will be scratching his head knowing that every single player but him was able to find the back of the net.

The SalumiVino player of the night goes to Teron Fernando of the Brewers. The Brewers forward was dynamic and a major reason why his club celebrated two straight wins over the Horsemen netting four goals.