high temperature Replica Watches UK baked paint, until now also applied to most of the movement table, this surface is the characteristics of the disk edge, the window position and the middle of the hole position of the hole has a sense of melting down, the formation of A slow slope, as if the molten liquid with its own gravity down, Replica Watches down, dry after the formation of the same effect, this Replica Roex Watches surface is generally very resistant to corrosion and very moisture-resistant, not easy to change color, to maintain a long time Bright colors.However, Replica Handbags uk these years in addition to the black side, but also rarely produced such a color face plate. Even if there are some color dial watch, the use is not the same process, to achieve this is not the effect. But also because of this, this type of Replica Handbags in the secondary market is very popular.
4vs4 Monday Playoffs 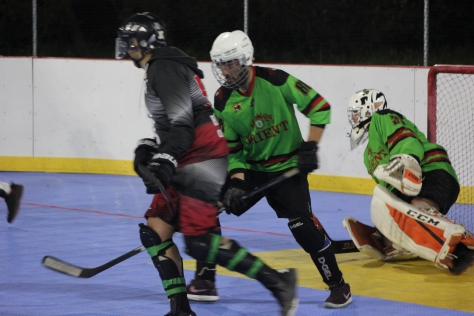 K.Kavan scored in the sixth shootout attempt of game 2, and the Punishers were able to force a third and deciding game that eventually ended the Orients season. Despite dropping the opening contest, the Punishers remained positive and knew that they weren't done yet. They had a chance to regulate matters in regulation time when P.Karvouriaris buried his second with just over a minute remaining. However, it took only moments later for the very same P.Karvouriaris to take an untimely penalty. There was no doubt the Orient smelled blood and evened the score almost immediately courtesy of B.Cabral's power play goal. That late tally certainly set the stage for a coin toss situation for both teams. Unfortunately for the Orient, six of their breakaway attempts failed to penetrate M.Melo. The Punishers  knew then that the door was open for a clearer path. And who better than your main pieces to get it done. C.Gingras struck first, the Punishers tightened up and M.Melo took care of the rest en route to a 2-0 victory. The Orient will look back at many moments where they could have gotten it done, and will now have to deal with the anguish knowing that they could have easily been playing in next weeks final.

The SalumiVino player of the night goes to M.Melo of the Punishers. After stopping six shootout attempts to force a big game three, M.Melo delivered in an even bigger way by shutting the door completely to help send the Punishers to the final.

This semi final victory for the Punishers will have them face off versus the Bad Guys Inc in next weeks final. That final will depend on how the Bad Guys Inc apply their game plan. By now, they know who the treats are. And even though they'll identify them, its easier said than done to try and stop them.

As good of a start the Excalibur could have hoped for and got, this series started to slowly slip away as the games went on. The Classics eventually tilted the court in their favour in game two where they squeezed out a very close win thanks to a pair of goals by A.Zarzour. Still, everything was up for grabs and both sides knew anything could happen in only twelve minutes. But the Classics felt they had momentum swing their way after securing game two even though J.Azoulay got the Excalibur on board early on. The Classics is a balanced team that has impact players all over the line-up, great depth, and loads of experience to handle adversity. Eventually, it all paid off when G.DeMarinnis evened the score right before A.Henein tapped in a late rebound to seal the series.

For how close this series was, at one point it just came down to who was going to be that late hero. Both sides traded wins in games that could have easily gone either way. With the series all tied up, game three was just a continuation of the previous matches as both sides kept it extremely close. So close that time was winding down to a dreaded shootout. That was up until D.Greco sent S.Marricco on a clear breakaway. And despite having your best goal scorer alone in front of a goaltender, P.Delli Colli was simply to good on this night to be beaten. However, some ball luck fell in the Degenerates favour and S.Marricco was able to grab is own rebound in order to feed the back of the net. That crushing marker left all but 20 seconds on the clock. There was no doubt that both netminders were stellar enabling their clubs to take the series. J.Atch was focused and steady throughout the entire three games for the Degenerates, as was P.Delli Colli for the Nature Boys leaving only one single play to make the entire difference.

The SalumiVino player of the night goes to Sandro Marricco of the Degenerates. Despite having his fair share of missed chances, the natural sniper still found a way to riffle four big goals.

The second division is now down to only two teams. The Classics and the Degenerates just came off an emotional series decided at the very end. It will go without saying that goaltending will play the biggest role. Both sides will generate shots and chances even though they defend well. Look for an intense battle with lots of pride and bragging rights on the line.