high temperature Replica Watches UK baked paint, until now also applied to most of the movement table, this surface is the characteristics of the disk edge, the window position and the middle of the hole position of the hole has a sense of melting down, the formation of A slow slope, as if the molten liquid with its own gravity down, Replica Watches down, dry after the formation of the same effect, this Replica Roex Watches surface is generally very resistant to corrosion and very moisture-resistant, not easy to change color, to maintain a long time Bright colors.However, Replica Handbags uk these years in addition to the black side, but also rarely produced such a color face plate. Even if there are some color dial watch, the use is not the same process, to achieve this is not the effect. But also because of this, this type of Replica Handbags in the secondary market is very popular.
Degenerates winners of 4vs4 division 2 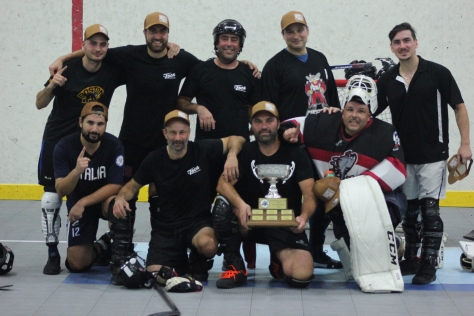 What a way to turn things around. With just over a minute remaining in game one, the Degenerates trailed 2-1 and it looked like the Classics would have taken a strangle hold in the series. It took only 25 seconds for the deficit to turn into a late lead thanks to who  other their than their most prolific goal scorer. S.Marricco had narrowed the gap late in the first period and ultimately decided matters with less than a minute to go. The Degenerates felt that it was only a question of time before they took control of the series. They had a much better pace winning lots of loose battles and smelled blood entering game two where they took it to their opponent. Again, it was S.Marricco filling up the net, this time claiming three more tallies en route to a 4-0 shutout victory. As much as Marricco played a significant role throughout the playoffs, the Degenerates were in sync as a collective group getting plenty of contributions-from everyone. J.Atch clearly had their backs making plenty of key stops with the help of a committed defense in front of him. On behalf of Hockeyballe.com, congratulations go out to S.Sicuso and the Degenerates for finally taking it all.

(2)The Classics vs Degenerates(3) Game 1

The SalumiVino player of the night goes to Sandro Marricco of the Degenerates. What more can you say for someone who consistently has the ability to score. In their most important night of the season, S.Marricco led the way again netting five out of his teams seven goals.