high temperature Replica Watches UK baked paint, until now also applied to most of the movement table, this surface is the characteristics of the disk edge, the window position and the middle of the hole position of the hole has a sense of melting down, the formation of A slow slope, as if the molten liquid with its own gravity down, Replica Watches down, dry after the formation of the same effect, this Replica Roex Watches surface is generally very resistant to corrosion and very moisture-resistant, not easy to change color, to maintain a long time Bright colors.However, Replica Handbags uk these years in addition to the black side, but also rarely produced such a color face plate. Even if there are some color dial watch, the use is not the same process, to achieve this is not the effect. But also because of this, this type of Replica Handbags in the secondary market is very popular.
Assadi Consulting Inc winners of 4vs4 division 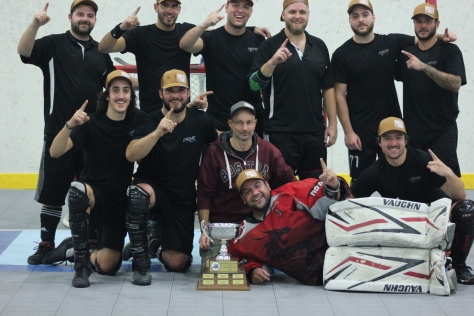 The tightly contested match took more than regulation for a winner in game one, as both teams traded chances in a break-neck back- and-forth that saw outstanding goaltending and plenty of scoring opportunities at both ends of the court. When game one concluded, R.Fortin and J.Mandracchia came through in the shootouts while P.Assadi shined brilliantly denying both attempts. The Assadi Consulting Inc couldn’t have asked for a better start in the ensuing game when R.Fortin quickly got them on board. The Buckshots had more than enough time for a response but found themselves in a little trouble trying to kill off some penalty minutes. Eventually, they killed it off and regained some momentum only to see great opportunities go to waste. As much as they kept pressing for the equaliser, P.Assadi stayed strong to keep it a one goal game. There was only so much the Buckshots could have done if not for hitting the iron and missing a wide open net. It was just one of those nights between two evenly matched teams. But credit to the Assadi Consulting Inc who did nearly everything right when it counted the most.  Every single player bought into playing for one another which involved all areas of the game. Defensively they were sound, offensively they connected on many plays, and perhaps most important of all, the goaltending was outstanding. P.Assadi  was clearly ready for the challenge making enough difficult saves in order to keep his club confident. Overall, a great final that could have gone either way. On behalf of Hockeyballe.com, congratulations go out to Pedram Assadi and the rest of the Assadi Consulting Inc for capturing the Thursday 4vs4 division.

The SalumiVino player of the night goes to Pedram Assadi of the Assadi Consulting Inc. After collecting another shootout win in game one, P.Assadi went on to shut out a lethal offense in game two to merit the honour.