high temperature Replica Watches UK baked paint, until now also applied to most of the movement table, this surface is the characteristics of the disk edge, the window position and the middle of the hole position of the hole has a sense of melting down, the formation of A slow slope, as if the molten liquid with its own gravity down, Replica Watches down, dry after the formation of the same effect, this Replica Roex Watches surface is generally very resistant to corrosion and very moisture-resistant, not easy to change color, to maintain a long time Bright colors.However, Replica Handbags uk these years in addition to the black side, but also rarely produced such a color face plate. Even if there are some color dial watch, the use is not the same process, to achieve this is not the effect. But also because of this, this type of Replica Handbags in the secondary market is very popular.
Dek Elite 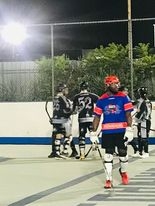 In a 4-3 win over the division leaders, Dek Lanaudiere were guided by three goals and an assist-from H.Bernier. Both sides had themselves a wild ride in the second period with Le Rinque taking the frame 3-2 that evened things up heading into the third. You would almost had to figure that Le Rinque would have the edge as they started to find their groove. They just came off rattling three goals and looked to add more in order to preserve their unbeaten record. However, the Dek Lanaudiere wanted to make a statement of their own, and that was to show that they  can defeat anyone when things are working well for them. Even though it took everyone to pull their weight, H.Bernier was the main ingredient for the result as the sniper decided the outcome by snapping a 3-3 third period tie.

Having to play in a back to back game, the Dek Lanaudiere had a different challenge ahead of them that didn’t seem to slow them down despite coming off a hard fought battle with Le Rinque. The Dek Laval didn’t do themselves any favors either showing up with a depleted roster. The approach was simple, stay back, cover your man, and hope your net minder is there to steal the show. For a good stretch, the Dek Laval made the Dek Lanaudiere work for their money, but that eventually changed as time went on. Already up 4-1 after one period, this contest had no more meaning to it with both sides knowing the final outcome. M.Fleurant led the charge in the goals department bagging a hat trick while M.Metivier was right behind him chipping in with a pair. The Dek Laval’s only bright moment occurred in the first period when J.Belcher solved L-S Vienneau for a rare time.

Its what you should expect when a team comes stacked and ready to play at this level of competition vs a side that had a limited capacity of players. The Centre SportXpo have floored some deep rosters this season, and in doing so, have gotten rewarded. Tonight was an example of it as they man handled a side that just couldn’t keep up with them. Powered by a pair of first period goals-from M.Dettorre, the Centre SportXpo capped off a dominating 4-0 frame before ending the night earlier than usual by adding three more tallies for the seven goal mercy rule. Dettorre completed his hat trick, J.Gagne helped set up three teammates while F.Gagnon wasn’t overly busy collecting a shutout.

The SalumiVino player of the night goes to H.Bernier of Dek Lanaudiere. There is no question that H.Bernier was the catalyst behind Dek Lanaudiere handing le Rinque their first loss this season. In all four goals, Bernier posted a hat trick while setting up a tally.