high temperature Replica Watches UK baked paint, until now also applied to most of the movement table, this surface is the characteristics of the disk edge, the window position and the middle of the hole position of the hole has a sense of melting down, the formation of A slow slope, as if the molten liquid with its own gravity down, Replica Watches down, dry after the formation of the same effect, this Replica Roex Watches surface is generally very resistant to corrosion and very moisture-resistant, not easy to change color, to maintain a long time Bright colors.However, Replica Handbags uk these years in addition to the black side, but also rarely produced such a color face plate. Even if there are some color dial watch, the use is not the same process, to achieve this is not the effect. But also because of this, this type of Replica Handbags in the secondary market is very popular.
Punishers winners of 4vs4 division 1 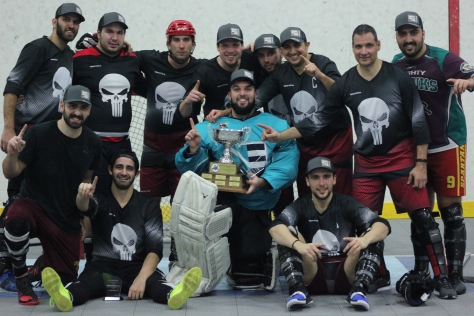 Of course it was Carl Gingras, it had to be him. You can almost put good money that when the game is on the line, C.Gingras would be the one to pull through. The Punishers were able to celebrate a special ending thanks to a huge game three sudden death winner provided-from C.Gingras. The Punishers hoped for a two game sweep after man handling Legacy in game one. But that would be wishful thinking to have it done versus a team with that kind of pedigree. And perhaps as expected, game two did go their way with Payam Assadi and E.Girouard leading the charge up front as both players scored two goals each. C.Stavriadis rebounded after a shaky start to earn a 20 save shutout. By judging the way the night was going, it was only fitting that this series would go the distance. Before getting to the climactic moment, P.Arkalis along with his bother Manny Arkalis had plenty of pull as both players combined for five points. Then, with overtime winding down to its final moments, C.Gingras placed himself just at the right place to knock in a rebound where he'd write the conclusion of a perfect story line. Just like in the previous series, this one was also a coin flip as either team could have taken it. The playoffs are as much about rebounding-from adversity as they are about trying to avoid it altogether. In tonight's case, it took one single play, one single bounce and one particular player in C.Gingras to get it done. On behalf of Haockeyballe.com, congratulations go out to John Fidrilis and the Punishers for getting it done.

The SalumiVino player of the night goes to Carl Gingras of the Punishers. Merriam-Webster dictionary defines clutch as successful: a clutch pitcher, a clutch hitter or Punishers top gun C.Gingras. In what came down to one goal deciding a championship, you would have been wise to put money on C.Gingras.