high temperature Replica Watches UK baked paint, until now also applied to most of the movement table, this surface is the characteristics of the disk edge, the window position and the middle of the hole position of the hole has a sense of melting down, the formation of A slow slope, as if the molten liquid with its own gravity down, Replica Watches down, dry after the formation of the same effect, this Replica Roex Watches surface is generally very resistant to corrosion and very moisture-resistant, not easy to change color, to maintain a long time Bright colors.However, Replica Handbags uk these years in addition to the black side, but also rarely produced such a color face plate. Even if there are some color dial watch, the use is not the same process, to achieve this is not the effect. But also because of this, this type of Replica Handbags in the secondary market is very popular.
Orient winners of 4v4 division 2 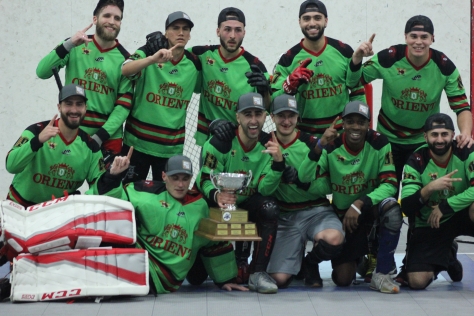 Orient bounces 1 Timer with overtime winner to lift 4vs4 trophy

Every player dreams about being an overtime hero, and J.Mavuanga was able to live the fantasy by netting his clubs biggest goal ever. It often comes down to bounces or plain out skill. In the case of this particular goal, J.Mavuanga used his sweet hands to slide the ball right passed F.Koch. This series couldn't have been any closer with game one decided after nine shootout attempts. Eventually, M.Carpentier came through with the help of F.Koch making the necessary save to secure the victory for the 1 Timer. Now with their backs to the wall, the Orient found themselves in the same spot of the ensuing match, another dreaded shootout. This time however, the tides turned as they prevailed on two shootout goals that saw B.Cabral and A.Khanafer get the better of F.Koch. Both teams were now stuck playing a shorter twelve minute game for all the marbles. And rather than it being decided in regulation, overtime was once again required. The only difference was that it was played in a five minute format rather than a shootout. It was during that time that J.Mavuanga came through for the Orient. His tally sparked jubilation and a sense of relief in what was an incredible battle between two very good hockey teams. The 1 Timer, although heartbroken have nothing to feel down about. They know that it could have easily gone there way if it wasn't for some little details here in there. Sometimes you get the bounces and sometimes you don't. In tonight's case,the Orient benefited on one extra play which was just enough to claim victory. On behalf of Hockeyballe.com congratulations, go out to Fadel Nasser and the Orient for claiming the second division 4v4 championship.

The SalumiVino player of the night goes to Jeamy Mavuanga of the Orient. Thanks to his brilliant skill set, the Orient were able to celebrate a well deserved championship on Monday night.