high temperature Replica Watches UK baked paint, until now also applied to most of the movement table, this surface is the characteristics of the disk edge, the window position and the middle of the hole position of the hole has a sense of melting down, the formation of A slow slope, as if the molten liquid with its own gravity down, Replica Watches down, dry after the formation of the same effect, this Replica Roex Watches surface is generally very resistant to corrosion and very moisture-resistant, not easy to change color, to maintain a long time Bright colors.However, Replica Handbags uk these years in addition to the black side, but also rarely produced such a color face plate. Even if there are some color dial watch, the use is not the same process, to achieve this is not the effect. But also because of this, this type of Replica Handbags in the secondary market is very popular.
Legacy winners of C Thursday 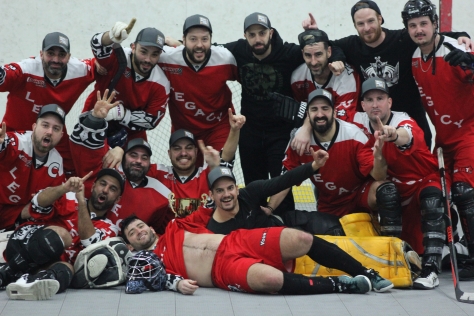 M.DoCouto has been nothing short of spectacular for what he brings to his team. Known for his sound defensive game using his long reach to break up plays, M.DoCouto has more to offer than preventing goals. Clearly he was ready to play and it showed when he went from his own end of the court to the other teams net to pot in a beauty that came out of nowhere. Like most experience teams do with a shorter bench, they simply wait for a mistake that eventually translates into opportunities. Legacy doesn’t need many chances to score with the kind of quality they have to offer. An example of it came off a pair of blistering slap shots from Payam Assadi and T.Bozinakis. Both those tallies came from their own neutral zone where J.Sanoudakis couldn’t react in time. The Winter Soldiers had a good pace to their overall game but couldn’t bury their chances early on. F.Baratta was a big reason why his club played with a comfortable lead for most of the match.

Legacy took another big step when they jumped on the Winter Soldiers in the first period. Every player did what they were supposed to do and that was to lead the way to another championship. It’s what came to be expected of Legacy when it comes to playoff time. With a team led by talented forwards like Payam Assadi, T.Bozinakis and J.Rochon, a deep defense headed by M.DoCouto and S.Govas and goalie F.Baratta, the Winter Soldiers weren’t enough of a formidable test, at least not on this night. And even though it wasn’t what they had hoped for, the Winter Soldiers took a step in the right direction. But tonight did belong to a team that took centre stage when everything was on the line. By having the right mind set and surrounding yourself with the right people, you come out stronger as a group. Throughout both games, Legacy played committed like playoff heroes. On behalf of Hockeyballe.com, congratulations go out to George Panagiotopoulos,Payam Assadi and the rest of Legacy for claiming the C Thursday division title.

The SalumiVino player of the night goes to Frank Baratta of Legacy. Good results are built on stable goaltending. Legacy are lucky to have F.Baratta perform the way he did on Thursday as he was at his absolute best.