high temperature Replica Watches UK baked paint, until now also applied to most of the movement table, this surface is the characteristics of the disk edge, the window position and the middle of the hole position of the hole has a sense of melting down, the formation of A slow slope, as if the molten liquid with its own gravity down, Replica Watches down, dry after the formation of the same effect, this Replica Roex Watches surface is generally very resistant to corrosion and very moisture-resistant, not easy to change color, to maintain a long time Bright colors.However, Replica Handbags uk these years in addition to the black side, but also rarely produced such a color face plate. Even if there are some color dial watch, the use is not the same process, to achieve this is not the effect. But also because of this, this type of Replica Handbags in the secondary market is very popular.
National winners of Masters 35+ 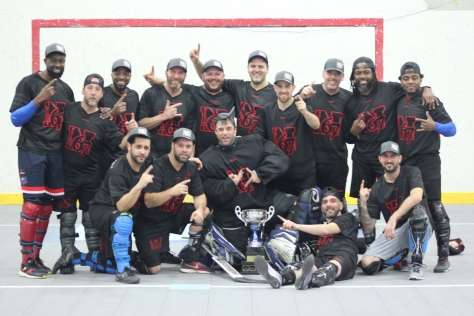 The Pylons left much to be desired from their performance in game 1 as they fell by a landslide to National. The series turned fast into the Nationals favour after posting a 3-0 lead by the eight minute mark of the first period. They commanded play right from the start and never looked back leaving the Pylons in disbelief for how one-sided the entire game went. Contributions came from everyone with nobody really stealing the show. C.Dagenais, M.Pinheiro and Y.Dube did score two goals each while Rubens Morne set up many plays resulting in five assists. At no point did the Pylons grab any sort of positives. Knowing that game two wasn’t going to get any easier, the Pylons tried to pick up from their poor play in order to put out a better outing in the ensuing match.

National in a league of their own, crowned winners of Masters 35+ division

After often finding themselves on the short end of the stick, National finally achieved what they have been thriving for. There was no doubt National displayed strong determination and dedication throughout the entire series. Their game plan was to control the game, pace and power the Pylons into submission. The execution looked perfect at times that saw many goals look prettier than the other. Even though the Pylons tried to adjust a specific game plan in order to slow National down, nothing was going to work on this night. Just like in game one, the win came courtesy of a collective team effort. M.Pinheiro scored once while setting up four different teammates. On behalf of Hockeyballe.com, congratulations go out to Marc Pinheiro and National for winning the Masters 35+ division.

The SalumiVino player of the night goes to Marc Pinheiro. The captain took nothing for granted on Friday night as he led by example collecting a bunch of points to help lead his team to victory.