high temperature Replica Watches UK baked paint, until now also applied to most of the movement table, this surface is the characteristics of the disk edge, the window position and the middle of the hole position of the hole has a sense of melting down, the formation of A slow slope, as if the molten liquid with its own gravity down, Replica Watches down, dry after the formation of the same effect, this Replica Roex Watches surface is generally very resistant to corrosion and very moisture-resistant, not easy to change color, to maintain a long time Bright colors.However, Replica Handbags uk these years in addition to the black side, but also rarely produced such a color face plate. Even if there are some color dial watch, the use is not the same process, to achieve this is not the effect. But also because of this, this type of Replica Handbags in the secondary market is very popular.
Buckshots Winners of F Wednesday Division 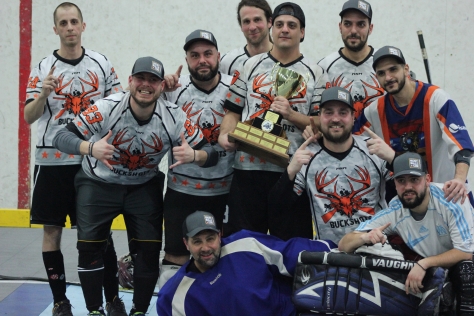 With less than 20 seconds remaining in game two, the Horsemen scored to tie the game and give themselves a decent chance to extent the series. But the Buckshots- the division leaders that have never dropped a game, charged back for a dramatic ending that took place in the shootout. Y.Derohannessian and K.Kavan each scored during the breakaways, S.Morante denied both attempts his way, and the Buckshots went on to win the F division championship. The series looked to have been easier than what it appeared to be, especially after the Buckshots took the opening contest rather easily. However, it was all but a cake walk for the division leaders in the ensuing match. The Buckshots carried only a slight 2-1 lead heading into the final frame of game two. Like most teams with their backs to the wall, a heavy response was in the making. The Horsemen played their best hockey in that single frame alone that forced a 50/50 scenario in the shootout. Unfortunately, they couldn’t find a way to come out on top which would have given them a great opportunity to knock out a heavy favourite in a shorter game. Throughout the entire regular season and playoffs, the Buckshots relied on their weapons to create offense and score plenty of goals. Tonight’s series wasn’t any different as they tallied 12 times in both games while adding a pair of shootout markers. E.Mavroudis was a force in game one collecting a hat trick as part of a five point performance. M.Destounis and K.Kavan were productive as well as both players accumulated six points each. Apart from one single frame, S.Morante did the job in net and was largely responsible for avoiding a dreaded game three. On behalf of Hockeyballe.com, congratulations go out to Bobby Vorias and the Buckshots for taking home the F Wednesday division title.

The SalumiVino player of the night goes to Sandro Morante. Even though the Buckshots have the fire power to outscore any team, goaltending was still extremely important in tonight’s case. S.Morante was timely when needed to be and the Buckshots were able to celebrate thanks to his big stops in the shootout.