high temperature Replica Watches UK baked paint, until now also applied to most of the movement table, this surface is the characteristics of the disk edge, the window position and the middle of the hole position of the hole has a sense of melting down, the formation of A slow slope, as if the molten liquid with its own gravity down, Replica Watches down, dry after the formation of the same effect, this Replica Roex Watches surface is generally very resistant to corrosion and very moisture-resistant, not easy to change color, to maintain a long time Bright colors.However, Replica Handbags uk these years in addition to the black side, but also rarely produced such a color face plate. Even if there are some color dial watch, the use is not the same process, to achieve this is not the effect. But also because of this, this type of Replica Handbags in the secondary market is very popular.
4x4 Monday 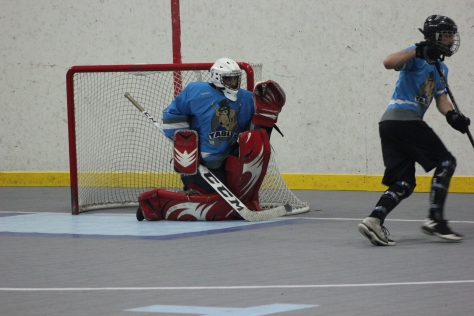 Despite rough start, Les Yables find their rhythm to level with Orient

After falling short to the recent champs to open up their regular season, Les Yables responded with authority to even the score. L.Verdon started to heat up and Les Yables celebrated a 6-3 win thanks to his hat trick and two assists. The Orient stood their ground in the opening game limiting their opponent to only one goal but were completely out done by the time the night ended. B.Cabral and H.Awada clicked as the tandem produced a total of eight points while A.Farah chipped in with three helpers for the Orient. Teams like to measure themselves on how they finish rather than how they start. For Les Yables, the win felt gratifying knowing that they can compete with an established opponent.

Les Immigrant battle back to win in shootout

After a shaky start to their night, Les Immigrant eventually settled down and had the last say to split the miniseries with the Excalibur. J.Haddad had hunted the equaliser and S.Yankouzian polished it off by riffling the lone shootout marker for Les Immigrant. Neither team really had much of an edge throughout the entire four periods except for one frame where the Excalibur took it on goals by H.Alfonse and J.Azoulay. With both goaltenders being a big factor, S.Sauk allowed only two goals in both games after facing a total of 37 shots for the Excalibur. On the flip side of the court, Ricaurte was just as stellar and was able to return the favour by denying S.Ruggiero in the shootouts.

As confidence boosters go, tonight was a great start for the 1 Timer. F.Koch deserved his praise as the net minder was rock solid collecting a 3-0 shutout win while allowing all but one goal in the dying moments of the ensuing match. But as much as Koch delivered, the 1 Timer know how to play in front of their net minder. The Ice Breakers struggled to generate enough chances simply due to the fact that they played on their heels. T.Daigneault surged collecting three goals and an assist in both games. P-A Surprenant saw both his goals stand up for winners as the power forward had a very productive night finishing with five points.

With the Prolific Athletes leading 3-2 in the last minute of play, the expectations was that they would grab their first win of the season. Instead, the Degenerates pulled a rabbit out of the hat on two very late goals .First, S.Sicuso used a one timer coming from a very sharp angle to even the score, and then, A.Desrosiers followed up on a potent wrist shot to beat the Prolific Athletes net minder. The Degenerates entered the night having only one player to change with. They managed to storm out of the gate posting three first period goals that barely stood for a 3-2 victory. Knowing this, the Prolific Athletes made it a point to grab a better start in the second match and did so by playing ahead for nearly the entire game. The only time they faltered the lead was when A.Desrosiers struck with 26 seconds left on the clock. Although they felt deserving of a better outcome, the Prolific Athletes had some very good looks for a team that just started playing in an organized league.

The SalumiVino player of the night goes to L.Verdon of Les Yables. After shaking off some cob webs in their earlier match with the Orient, L.Verdon was able to put it into fifth gear accumulating five points that included a hat trick.