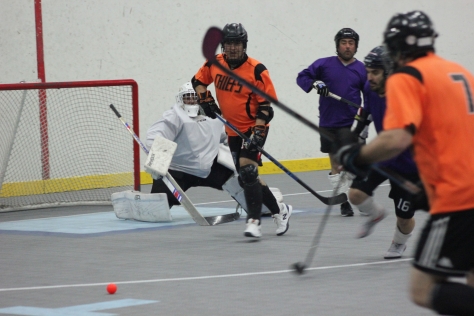 Chiefs give themselves some breathing room in big win over Brewers

The Chiefs got a sigh of relief after defeating a team that was neck and neck with them for that final playoff spot. As expected, the compete level was high as was the tension with so much on the line. Up only 3-2 after two periods, the Chiefs had their best looks early in the third period where A.Zarzour and N.Morrone scored in the first two minutes of play. That little sequence was enough to deflate the morale of the Brewers, who found themselves too deep in a hole despite plenty of time left over. If not for R.Ranieri’s brilliant sequence of saves in the first period, this game could have tilted the other way. Instead, the Chiefs are grateful and thankful that their net minder came through at a time of need.

Templars getting back to some good habits

The Templars knew that in order to win this game, a defensive battle was required, and that’s exactly what happened on Friday night. The pace of the play suggested how geared up the Templars were throughout the entire night. They played hard, and for the  most part, limited their mistakes while getting a lights out performance from C.Muccino. Both sides traded first period goals before going through a drought in the second period. It was almost a guarantee that the next goal would ultimately decide matters. And when C.Moutafis found himself racing down the wing, the Templars were able to grab a huge lead thanks to his precise wrist shot. Still, time wasn’t an issue for National, but when considering how stingy the Templars are at times, it seemed unlikely that they would have equalised. This result came as a good character win for a team that’s overshadowed at times.

It felt safe to say that the Bramabulls had this game in the bag. After all, they played well for most of the night and carried a 3-1 and eventually a 4-2 lead with only a minute and a half remaining. Unfortunately for the Bramabulls, the Devil Dawgz had other plans. N.Faria, as he has a few times in his career, had some late game heroics. Just a minute after K.Araujo made it a one goal game, Faria scored to tie it.  The third period ended 4-4 yet it felt like the Devil Dawgz had won the game. It truly felt as if it was a matter of time before the Devil Dawgz would take it. And even though it wasn’t decided in overtime, the shootout was where the difference occurred. F.Labrecque was the only player of the six shot attempts to score while M.Trivisonno stood tall denying three straight breakaways.

Family hold off Pylons in 3-2 win

The Family held the edge in play for most of the night, but had to hold on to get a big 3-2 victory over the Pylons. For two straight periods, nothing was going right for the Pylons, not even a four minute power play that looked utterly useless. They did have a stronger effort in the third but no where close to what the Family brought forth all night. L.Cannistrano got into the mix bagging a pair of goals while M-A Daaha was clutch once again posting the winner. Up until the five minute mark of the third period, T.Borgia was flawless making enough quality saves to keep control of the game. The Pylons were simply out worked and out played on this night versus a team that was clearly ready for the challenge.

The SalumiVino player of the night goes to Carmen Muccino of the Templars. Despite National being one of the best offensive teams, Muccino did a fantastic job shutting them down. There was no doubt this was perhaps his best game of the season, a performance that can go a long way if the Templars play the right way in front of him.