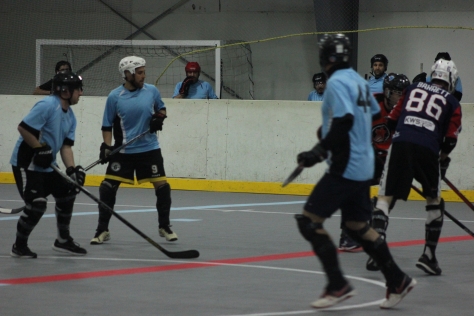 Generals handle business despite being short

Who knows where expectations should be set for the Generals without many components missing in their line up. Unable to take advantage, Sonic missed out on an opportunity to go ahead in this series. There was no question the Generals were going to create their chances . In tonight’s case, J.Brunet and O.Valiquette did most of the damage as expected. The two combined for eight points with Brunet rattling off a hat trick. Sonic allowed five straight tallies before finally getting on the score sheet by the nine minute mark of the third period. M.St-Laurent was the one to figure out M.Gagnon, who went perfect up until that point.  Tonight’s game was perhaps Sonic’s missed opportunity to steal it. Unless some miracle happens in game two, the Generals will  punch their ticket to the final.

Brewers jump ahead and never looked back to down Armos

Both teams understood the importance of playing ahead in this series. After a scoreless opening frame, A.Lanni provided the go ahead goal for the Brewers. The Armos would eventually level, but that was short lived when P.Karigiannis put his club back in front. As expected there weren’t many goals throughout the time. The Brewers carried a slight 2-1 lead heading into the third period which forced the Armos to try and do something a little more creative in order to create some scoring chances. Unfortunately, some bad give a ways  led to a pair of tallies by the Brewers. The Armos had an awful third period trying to bounce back into this one. On the flip side, the Brewers did what they needed to do playing a sound man on man game while relying on a solid goaltender in C.Stavriadis. This result will force the Armos to adjust some areas of there game if they plan extending the series. For now, they’ll have a week to try and sort some issues out.

The SalumiVino player of the night goes to Jeremi Brunet of the Generals. Even if the Sonic was aware of his threat, Brunet still got his way on Friday night bagging three goals and an assist.