high temperature Replica Watches UK baked paint, until now also applied to most of the movement table, this surface is the characteristics of the disk edge, the window position and the middle of the hole position of the hole has a sense of melting down, the formation of A slow slope, as if the molten liquid with its own gravity down, Replica Watches down, dry after the formation of the same effect, this Replica Roex Watches surface is generally very resistant to corrosion and very moisture-resistant, not easy to change color, to maintain a long time Bright colors.However, Replica Handbags uk these years in addition to the black side, but also rarely produced such a color face plate. Even if there are some color dial watch, the use is not the same process, to achieve this is not the effect. But also because of this, this type of Replica Handbags in the secondary market is very popular.
Draft League Sunday 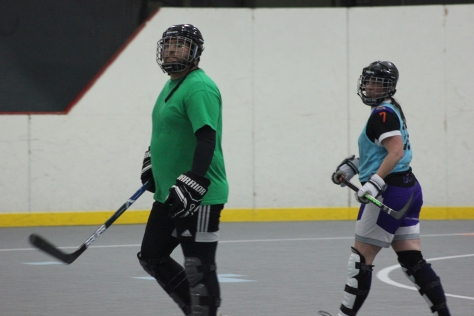 Just as it appeared that Team Yellow had no hope while running out of time to make something happen, some late magic and a miracle run stunned both teams in the end. First, T.Scarpelli notched his second, J.Melo buried his hat trick and G.Missakian was there to riffle his second and send this game into overtime. In one minute, Team Red was in complete control of their destiny in what seemed like a guaranteed win leading by three late in the game. Then, in a beat, everything turned upside down. Team Red is still wondering what hit them when M.Lang put the cherry on the cake capturing the overtime winner. Team Yellow stormed back on a gutsy comeback effort that perhaps even surprised them. It was unconceivable how they somehow pulled it off, but nevertheless, they executed when the game was on the line. Team Red is having a very hard time on how to prevent goals. They give up too many game in and game out unable to tighten the bolts. The one good thing they have going for them is their capability of scoring. C.Arnoldo continues to impress posting four tallies while M.Estrela and S.Sicuso chipped in with a pair.

The SalumiVino player of the game goes to Jason Melo. Highly productive, J.Melo made plenty happen bagging a hat trick as part of a six-point night.

Despite falling behind early, Team Blue had the good start they desperately needed in order to give themselves a chance to take this game. In just under 15 minutes, E.Colella scored twice and L.Bucci notched his first of two to grab a 3-1 lead. Teams looking for confidence boosters can always use a good start to their night. Team Blue haven't often been in the drivers seat during a game which made this a great opportunity for them to reach the finish line first. Up until that point, everything was running smooth, especially between the pipes where P.Kassaris was making plenty of saves to keep his club in front. However, there is only so much your net miner can do. Eventually, Team Green would battle back toward the seocnd half of the game where they struck three times to even the score. Still, Team Blue had their chance in overtime knowing that they were only one shot away-from ending a bad slump. Usually it comes down to a coin toss depending on which team makes something happen first. In tonight's case, Team Green had the better chance and buried it thanks to D.Agourias's second of the game.

The SalumiVino player of the game goes to Denis Agourias of Team Green. Not only did he tie the game late, D.Agourias went a step further to win it in overtime.

On the large part, this contest didn’t indicate where it was headed. Both teams traded a couple of goals early on and the game remained tied for a long stretch. Following the 30-minute mark, that's when Team White’s offense caught fire, scoring the games next five of six goals. It’s nice having a few players able to put the ball in the back of the net. M.Lang ,P.Deslorges and B.Sorice took care of a bulk of the goals netting two apiece. Team Black felt the void of two main pieces absent-from their lineup. J.Teresi and D.Mansour provide that north south speed which would have helped support the defense and the offense. To their credit however, they kept it close until a small stretch where Team White took over. Things are going extremely well right now for a team that’s strong in all different areas. With only one loss so far this season, Team White sits alone in first place.

The SalumiVino player of the game goes to Mike Lang of Team White. He played earlier as a spare and didn’t appear to miss a beat in his second game generating plenty of energy that led to a pair of goals and an assist.