high temperature Replica Watches UK baked paint, until now also applied to most of the movement table, this surface is the characteristics of the disk edge, the window position and the middle of the hole position of the hole has a sense of melting down, the formation of A slow slope, as if the molten liquid with its own gravity down, Replica Watches down, dry after the formation of the same effect, this Replica Roex Watches surface is generally very resistant to corrosion and very moisture-resistant, not easy to change color, to maintain a long time Bright colors.However, Replica Handbags uk these years in addition to the black side, but also rarely produced such a color face plate. Even if there are some color dial watch, the use is not the same process, to achieve this is not the effect. But also because of this, this type of Replica Handbags in the secondary market is very popular.
D Wednesday semi finals 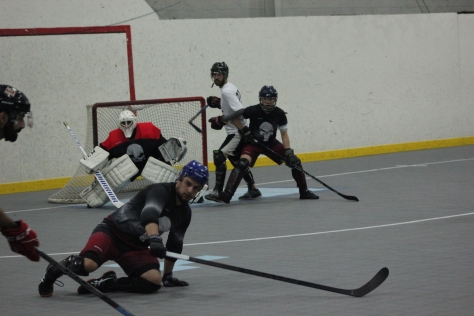 The Armadillos know when it is time to be ready. It was clear that the Armadillos made their adjustments after last weeks embarrassing loss to the Assadi Consulting Inc. Tonight’s result resembled last weeks meeting with the two teams, but with the Armadillos returning the favor. This game wasn’t even close and was powered by everyone pulling their weight. The Armadillos scored seven times with all different players finding the back of the net. Nothing went right for a team that had an impressive regular season. The Assadi Consulting Inc hit a reality check on Wednesday night unable to get any good part of their game going. Apart-from M-A Haber finally beating C.Ekonomakis by the five minute mark of the third period, this game needs to be forgotten quickly for P.Assadi and the rest of his team. They are lucky that game two will be played next week as they’ll need plenty of time on trying to figure out a solution.

Punishers use second period explosion to blow past United Arms

For one full period, the United Arms were pleased with how the game was going. By keeping it close anything is possible, and any underdog team will take those odds as the game goes further. Other factors required in order to give yourself a chance is to score on your power play. And if that doesn’t work, try not to let one in. The Punishers seem to thrive in those moments and who other than P.Karvouriaris playing the spoiler after being set up by C.Gingras. That early shorthanded goal in the second period set the trend of the down fall for the United Arms in game one. They measured well in the first period, but were nowhere to be seen after that. The Punishers exploded winning a dominant frame on five goals that saw different players chip in. C.Stamadianos and P.Karvouriaris started strong posting two goals each before getting balanced contributions. As difficult of a task as it is, the United Arms need to stay positive and keep working hard out there. Their special teams aren’t working as they’ll  need to rely on their man on man game in order to have any sort of chance.

The SalumiVino player of the night goes to Peter Karvouriaris of the Punishers. The sniper snapped a 2-2 tie shorthanded as part of a four point performance.