high temperature Replica Watches UK baked paint, until now also applied to most of the movement table, this surface is the characteristics of the disk edge, the window position and the middle of the hole position of the hole has a sense of melting down, the formation of A slow slope, as if the molten liquid with its own gravity down, Replica Watches down, dry after the formation of the same effect, this Replica Roex Watches surface is generally very resistant to corrosion and very moisture-resistant, not easy to change color, to maintain a long time Bright colors.However, Replica Handbags uk these years in addition to the black side, but also rarely produced such a color face plate. Even if there are some color dial watch, the use is not the same process, to achieve this is not the effect. But also because of this, this type of Replica Handbags in the secondary market is very popular.
Kings winners of division 2 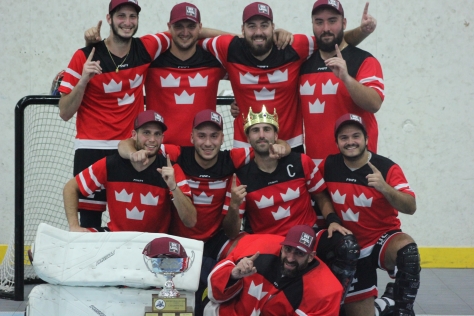 Kings can officially wear their crowns as they claim 4vs4 title

After innumerable chances for both teams to jump start their series, the Kings emerged in game one taking a nail biting 5-4 decision over the Snipers. T.Ferreira may be credited the winner, but the Kings did got there due to the strong play of G.DeLuca. The sniper was a force striking three times while setting up P.Stroubakis for a 2-1 lead. Winning the opener was extremely important for the Kings having to rely on only two lines versus a deeper opponent. However, it didn’t seem to affect their play at all as they continued to look more energised as the night went on. Sometimes you just run on adrenaline when the stakes are this high. The Kings did play it smart by timing their chances in game two. S.Bordonaro led the way on an early goal that clearly fired up his bench to feed off the momentum. In that opening period alone, the Kings ignited like wild wire bagging five goals to carry a 5-2 lead heading into the remaining frame. Perhaps the back breaker occurred when G.DeLuca scored on a desperate wrap around that barely beat the clock. Even though there was an entire period remaining, the Kings felt and smelled victory at the tip of their hands. It was juts a question of managing the clock-from that point on. The Snipers attempted to battle back, but couldn’t penetrate the defence and A.Mancini, who was brilliant throughout the entire time. Again, G.DeLuca was a presence bagging two more goals as part of a four point performance. As the time clicked down to its final seconds, the Kings stormed out celebrating a well deserved championship. At no point did this group fight through much resistance or adversity. They were dominant-from last weeks semi finals through both games tonight versus a staked line up, and they did it without a couple of key components. All in all, they deserved what they got. On behalf of Hockeyballe.com, congratulations go out to Stefano Bordonaro, who proudly wore his crown, and the rest of the Kings for capturing the Monday 4vs 4 championship.

The Salumivino player of the night goes to Giordano DeLuca of the Kings. Whether it was in the regular season or in the playoffs, G.DeLuca delivered in a big way, especially tonight collecting five goals and three helpers.